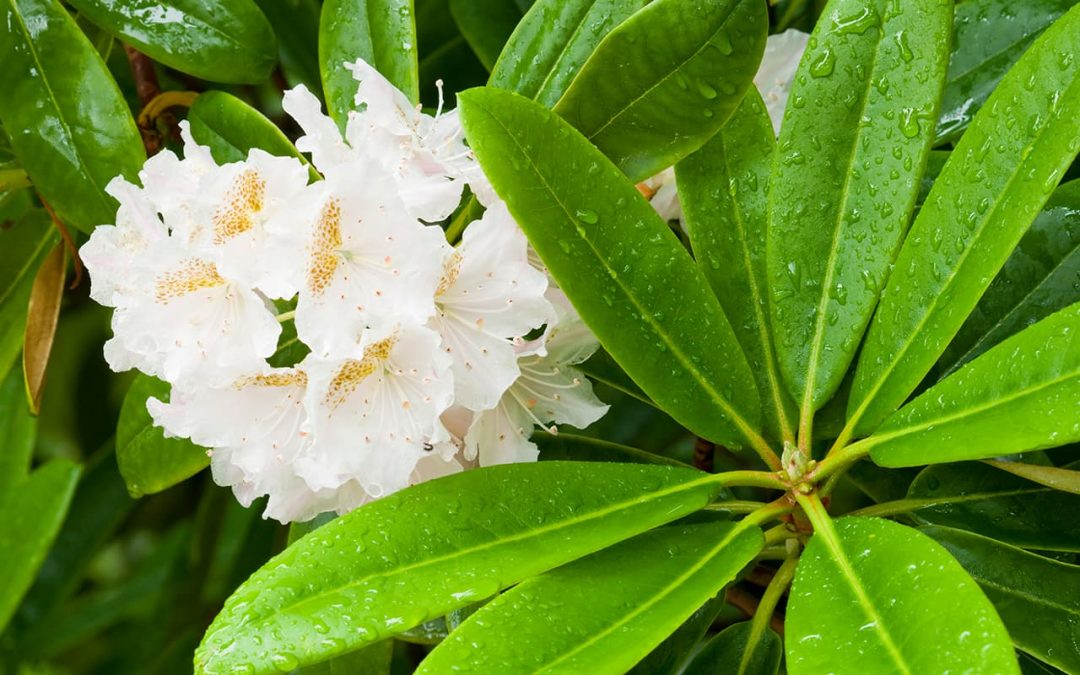 There are a lot of indicators of spring besides the melting snow and a return of warmer weather. For many of us, it’s the reappearance of green grass and budding trees. In many parts of the country, it’s also the azaleas that bloom every April.

Azaleas are a large and diverse group of flowering shrubs with single and double blooms. You’ll find them flowering in abundant shades of purple, red, white, orange, and pink. Many azalea bushes reward their owners with blooms that last from early to late spring. Depending on your location and the weather, some will even extend into the early parts of summer.

Getting Started with Azaleas

While azaleas are hearty bushes when established, they need a bit of TLC when you first plant them. Check with gardening center when making a selection. Bloom color is your choice, but make sure to select a variety of azalea that can withstand the coldest parts of your winter.

Azaleas are generally found in Zone Six growing areas, meaning that they prefer growing in temperatures where it doesn’t drop below zero degrees for extended periods of time. There are certain varieties of azalea that will wo well in colder areas of the country. For example, there are deciduous varieties like the Roseshell azalea, which can take colder winter temperatures all the way down to 30 degrees below zero.

Choose a planting site that offers light shade. Often, this just means that the bush will not be in direct sunlight all day because of the orientation of your building. The east and north-facing sides of your building are often the best spots. Some azaleas can take direct sunlight. Again, check with an expert at your local gardening center if you have questions.

Most varieties also prefer to grow in well-drained, slightly acidic soil that’s rich in organic matter. When preparing to plant your azalea bushes, dig a hole that’s as deep as the root ball, but make it twice as wide. This helps the bush establish its root system.

Leave some of the root system—at least half an inch—showing above the ground, and plant each bush anywhere from two to six feet apart. It’s also important to plant them far enough away from your building’s exterior walls so you’ll be able to walk behind the azalea bushes to maintain your building when the bushes are fully grown. You’ll definitely appreciate this when you want to wash down the external steel walls of metal buildings.

Azaleas keep their roots at shallow depths, so it’s easy for the bushes to dry out of they’re not covered with mulch. Keeping in mind that azaleas like slightly acidic soil, use pine mulch for this purpose. The plants will need only about two inches of much for both water retention and the added acidity.

People like azalea bushes because these plants can pretty much take care of themselves once they’re established. The only time you’ll want to pay closer attention is during your area’s dry season. Be sure to water the bushes if you start to see the leaves wilt. Remember, too that azaleas get part of their water intake through the leaves, so be sure to water the bushes themselves and not just the ground beneath them.

Fertilize in late spring after the blooms are finished. Most azalea experts say it’s best to prune these bushes either during their dormant season (when they have no leaves), or before July. A late-season pruning may reduce the following season’s blooms—which is the main reason for having these hedges.

Azalea bushes are a popular planting choice for people who put up Miracle Truss® buildings because of the many exterior color options we make available for the roof and exterior walls. Azalea bushes offer a natural way to break up the expanse of a high wall with few windows. You can also get the same effect if you go with one of our two-tone trim options.