Do You Remember Erector Sets? 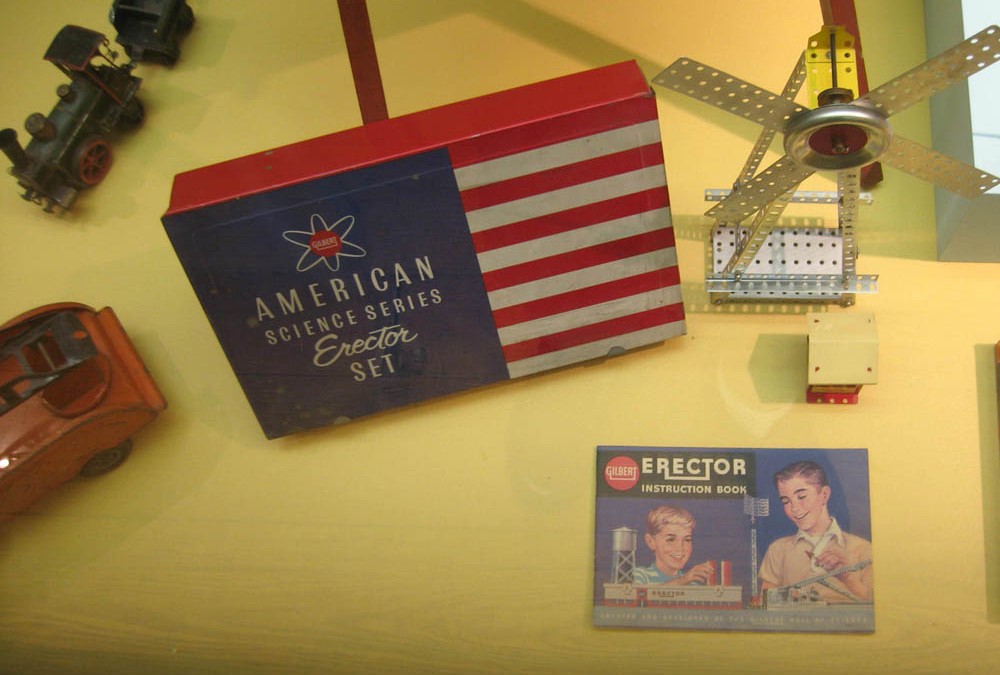 This either brings back some great memories, or it doesn’t even register on your radar. Remember the fun you had with your friends playing with your Erector Set? For a kid’s toy, it was pretty sophisticated—and that’s probably what made it so popular for young boys (and certainly a lot of girls) who would grow up to become builders, architects, entrepreneurs, and even DIY enthusiasts.

The original Erector Set was introduced to the world in 1916 after being patented by Alfred Carlton Gilbert. It quickly become the most popular building toy in the United States, mainly because it was the only kit to include an electric motor. While the inventor didn’t have to struggle with sales, he was known to be frustrated because his name for the metal toy construction kit was simply Erector. It was also the trademark he owned. Much to his dismay, the public preferred to call it the Erector Set.

Mr. Gilbert’s Erector invention went through a series of generational changes, but it never lost its original appeal.

Better As A Memory

You might look back on your days with the Erector Set with a smile, but the century-old company hasn’t fared so well—especially in recent years. The company began to decline when the founder died in the early 1960s. It tried to regain popularity by adding plastic pieces to the original metal kit, as a way to compete with the new all-plastic educational toy kits that were coming out.

The company filed for bankruptcy in 1967. A series of owners has tried to revive the company’s fortunes by making it relevant to today’s youth, but none has been successful. After a handful of subsequent American owners, Erector was bought in 2000 by the French company Meccano.

You won’t find Erector Sets in France. You’ll only find Meccano Sets. Until recently, though, Meccano continued to market their kits in the United States under the original Erector name.

Alas, it looks as if Erector is a name that will now only live in memories. While the name remains on the plastic case, even here in the United States, it’s official name is the Meccano Super Construction Set.

One of the reasons the Erector Set—in all of its iterations over the years—was such a fascinating building toy is that it offered up as a kit everything needed to construct anything from an airplane to a barn. It certainly fueled the imaginations of generations of children. Some amazing things have been done with Erector as a result.

If you didn’t play with an erector set, the similarity might be lost on you. Many of our customers who did grow up with an Erector Set have told us that our Miracle Truss® kits remind them of a grownup’s version of this innovative toy.

Our DIY steel and metal kits are pre-manufactured, and you’re ready to start putting them up as soon as they arrive. The trusses that span our buildings bolt together in 4 easy pieces, and they really do have a certain resemblance to erector set pieces. That’s about where the similarity ends, though. Our product comes with a 50-year structural warranty.

But back to similarities. If you could envision it, you probably could build it with your Erector Set. Our modular steel and metal buildings are the same way. They can be as large and complex, or as small and utilitarian as you need them to be.

Find out for yourself. Once you see something you like, fill out this form and we’ll get some free brochures right out to you.