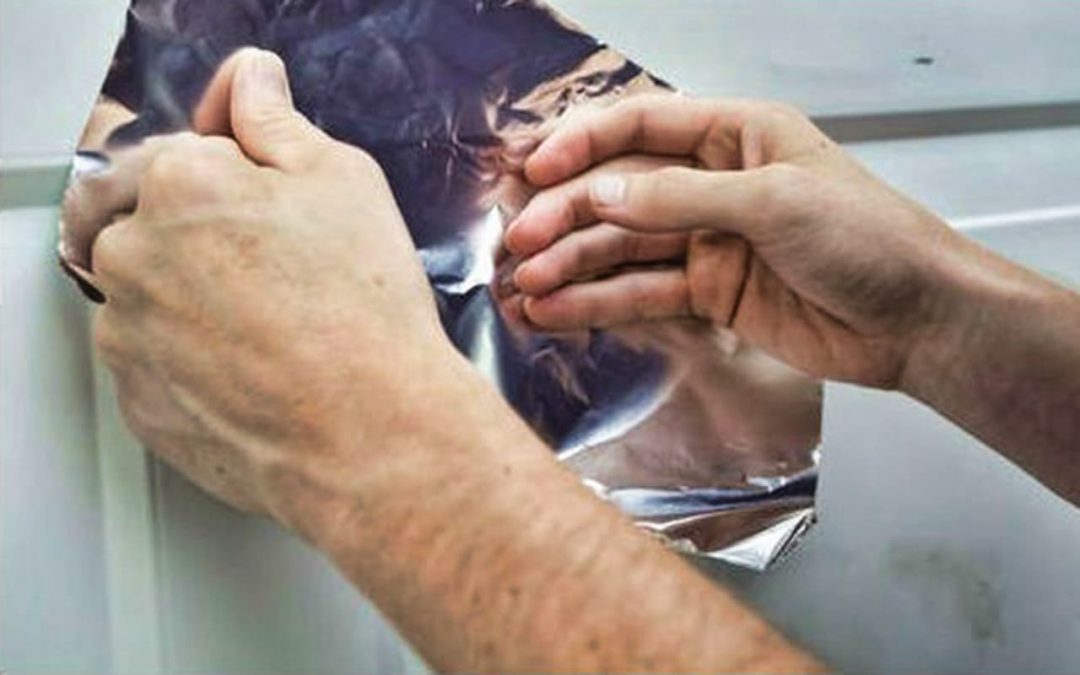 Metal and steel buildings go hand-in-hand with metal garage doors, and because it’s one of the areas where the building will see the most action, there’s a greater possibility of damage caused by dents. Most of these will be not much more than unpleasant reminders of activity, but some can impact the usage of the door.

Minor dents might be easier than you think to remove, and there are two approaches that just about anybody can do themselves.

If the dent hasn’t impacted the finish by cracking it, the quickest and easiest way to remove it is to pound it out. The quick impacts may be enough to assist the metal in returning to its proper shape.

The two main tools you’ll need for the project is a rubber mallet or hammer and a block of wood. You’ll probably also need someone to help you – so while this is a DIY project, make sure you’ve got a partner standing by before you get started.

Place the block of wood over the dent on the side where it caves inward. Start by centering the wood on the dent. Then use the rubber mallet or hammer to gently impact the block of wood. Being with using slight force in your hammering, and slowly increase the force until you see the dent begin to relax.

Don’t rush the process. Applying too much force may cause a dent within the dent. Be sure, also, to move the block of wood around as you return the metal to its flattened state.

Sheets of metal – especially for garage doors – need to be lightweight so they are easy to move. While this means they are easier to dent, it also means those dents can be removed without much effort. Remember that the metal has been molded into a shape that it wants to retain, so all it takes is a bit of coaxing to relax some dents. Small dents that might be created by impacts can be easy to remove with applications of heat and cold.

Start by thoroughly cleaning the dented area to remove any dirt or debris that might interfere with your work. Then cut a piece of tin foil or other type of highly conductive metal to a size that’s just a bit larger than the dent you plan to fix. Place this piece of metal directly over the dent, using a pair of pliers or other tool that keeps your unprotected hands away from it.

Now you’re going to apply a source of heat to the foil, which will transfer it to the dented are of your metal garage door. Using the transfer method helps to prevent damage to the coating if you were to apply a strong source of direct heat. In this case, you don’t need something like a blowtorch as your heat source. Often, the high setting of a hair dryer will work. The objective is to heat up the entire area of the dent.

Then, spray the heated area with a can of condensed air. You can purchase this at any hardware or electronics store. The compressed air contains carbon dioxide, which is concentrated if you hold the can upside-down to spray. Apply this extremely cold blast to the area you’ve just heated up. About 30 seconds of spray that coats the entire dent should do.

The heat-aided expansion, followed by the compressed air contraction, should cause the dent to pop out. It may not happen while you’re applying the compressed air. Give it a minute or two and the action should take place. Repeat the process if the dent doesn’t pop out all the way.

Miracle Truss® offers a wide range of DIY pre-fabricated metal and steel buildings that are perfectly suited for garages or buildings that require large access areas that are best served by using garage doors. The height and truss design also mean you won’t have the metal tracking of the door getting in your way.  Learn more about the advantage of our designs.