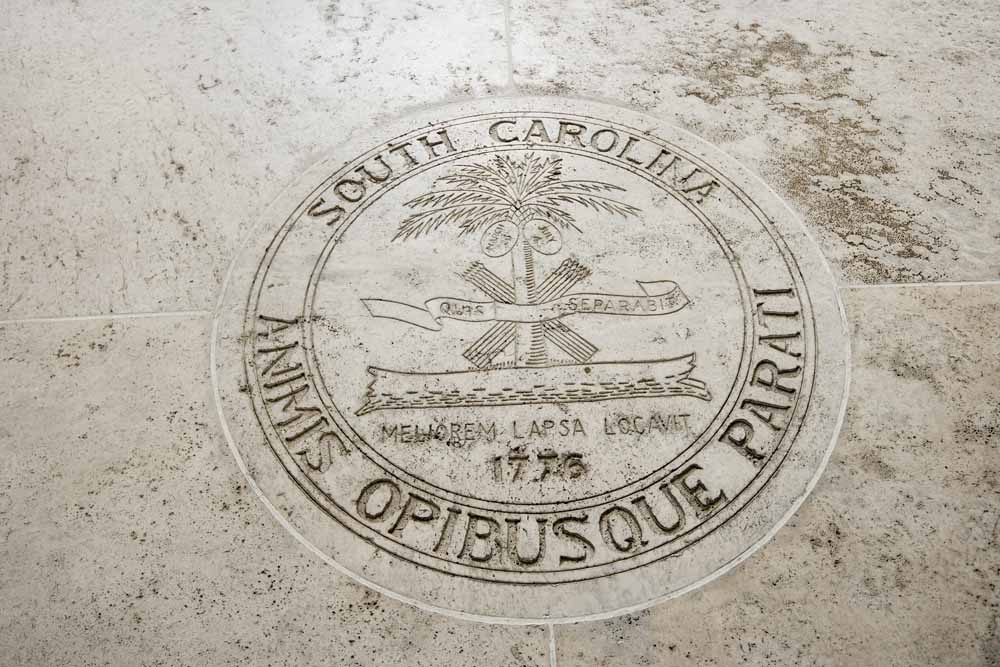 You probably know that South Carolina is the largest producer of peaches, outside the state of California. That’s marketing for you. But, did you know that the South Carolina official state nickname is Palmetto State?

The tasty peach takes a back seat to the sabal palmetto tree, also known as the cabbage palmetto. This diminutive palm tree grows everywhere in the state, and you’ll find it on their flag. Why the palmetto and not the peach?

We’ll get to that in a minute—but it could have been worse. South Carolina has deliberated on several other nicknames of the years.

While iodine is important in your diet, it just doesn’t have a nice ring to it for a state nickname, so South Carolina has stuck to calling itself the Palmetto State. This little palm played a big part in protecting the American soldiers during the Revolutionary War.

The walls of the American fort on Sullivan Island in Charleston Harbor were made of palmetto logs. The wood is fibrous and spongy. That came in handy. When the fort was attacked by the British, their cannonballs bounced right off the logs!

South Carolina’s location puts it in a subtropical climate zone—although most people who live there would add that it’s a humid zone. Winters are mild, and the only areas that see snow are the highest elevations such as the Blue Ridge Mountains.

Summer temperatures hover around 90 degrees, and an average of 80 inches of rainfall keeps things moist. Meteorologists say that South Carolina averages around 64 days of thunderstorm activity each year. The weather tends to be unpredictable, even if it is warm. Its Atlantic Coast location also makes it susceptible to hurricanes.

With that kind of weather to contend with, South Carolina residents are always on the lookout for something that offers up the heroic protection of the Palmetto log. It’s no longer British cannonballs they have to worry about. They do need buildings that can stand up to high humidity, and the consequences of extreme weather.

With their laid-back lifestyle, we’d recommend our Miracle Truss® cabin style home kits. Steel construction means there’s no exposed wood to rot in the ground in the high humidity. The clear-span truss construction creates superior protection from severe weather, too.

Our steel roofing can be a source of comfort from the summer heat. They’re Energy Star Certified, reflecting a high percentage of the sun’s energy instead of absorbing it – the way typical asphalt roofing shingles do.

Then bounce your cannonball over to our online form so we can get to work sending you free information about Miracle Truss DIY buildings.