Rockets, Rodeos And Mardi Gras: The Curious Collection Of Characteristics That Make Up Alabama 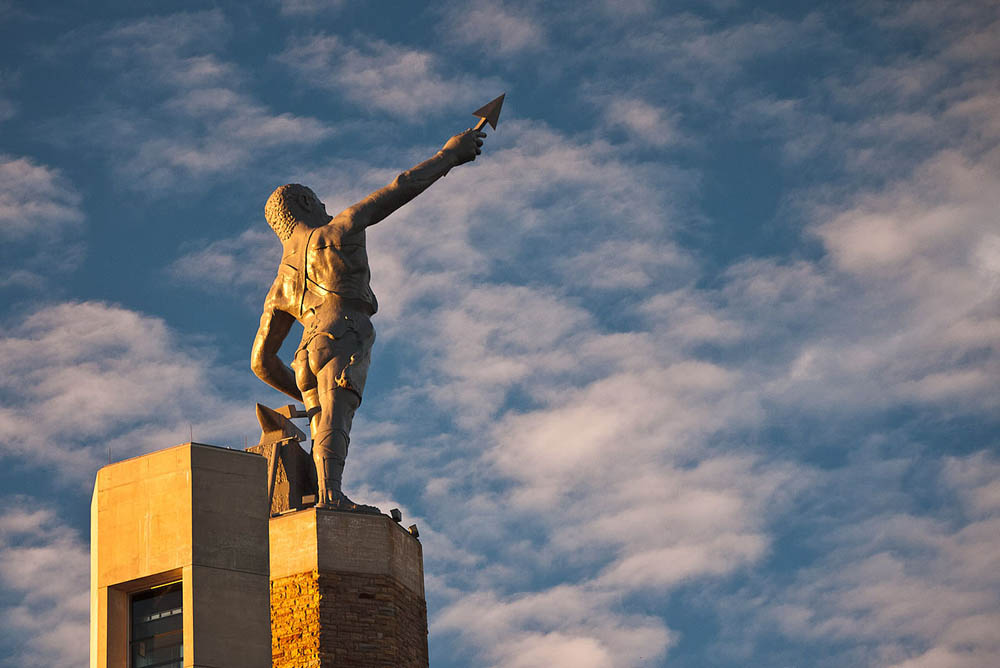 Hey, Alabama. We like the way you think! The city of Birmingham is home to The Vulcan, which is the world’s largest cast iron sculpture. It’s 56 feet tall and weighs over 120,000 pounds. We’re a company that manufactures metal and steel buildings, and we appreciate anyone who puts those recyclable materials to good use.

It’s far from the only reason to admire this Southern state. Alabama has a lengthy list of interesting facts that make it a fascinating place to visit, as well as to make your home. Here are just a few.

Christmas! Alabama was the first state in the United States to declare Christmas as a legal holiday back in 1836.

Holiday celebrations are a big thing in this state. Louisiana may have become synonymous for it, but Mobile, Alabama was the first city in the country to celebrate Mardi Gras. The folks in New Orleans may throw beads, but in Mobile, they throw moon pies from floats into the crowd. That’s how it’s been since 1703.

Only a small part of the state touches the ocean, but this hasn’t stopped Alabama from earning the right to boast the largest fishing tournament in the world. Oddly enough, it’s called the Alabama Deep Sea Fishing Rodeo.

The event was first held in 1929 and has grown into a 3-day “rodeo” on Dauphin Island. It’s attended by more than 3,000 anglers and draws over 75,000 spectators. Prizes are awarded in 30 categories.

By Boat Or Rocket

It’s not all about holidays and fishing in Alabama, though. The state lays claim to an array of technology firsts, too. The Marshall Space Flight Center in Huntsville built the Saturn V rocket, which took the Apollo 11 spacecraft to the moon.

While most people use more common and practical transportation, Alabama also boasts the country’s only all-water postal route. If you live in Magnolia Springs, your mail is delivered by boat.

Alabama’s Climate Is An Acquired Taste

The state’s Deep South location keeps Alabama free of snow. An average annual rainfall of 56 inches and a growing season of up to 300 days make Alabama a popular farming state.

Summers see some of the hottest weather in the country, and temperatures exceeding 90 degrees are not uncommon throughout the state. The heat, coupled with high humidity, makes it necessary to build with materials that can stand up to this type of punishment.

It’s why you see a growing number of property owners turning to the strength and flexibility of pre-manufactured metal and steel construction. Designs like those featured by Miracle Truss® allow you to put up commercial and residential buildings that cost less than traditional construction, yet stand up to the punishing Alabama weather. And Alabama has its fair share of visits from hurricanes and tropical storms. Even areas of the state far inland can feel the impact, as the storms come ashore from the Gulf and dump huge amounts of rain.

Energy efficiency is built in to the design, as well—something to keep in mind when looking for a way to get away from the Alabama summer heat.

Live in one, or use it for commercial purposes. There’s a Miracle Truss® design ready made for just about every purpose. Just fill out this form and tell us what you need for your Alabama property. We’ll get free building kit brochures right out to you.