What Do Cherries And Lighthouses Have In Common With Michigan? 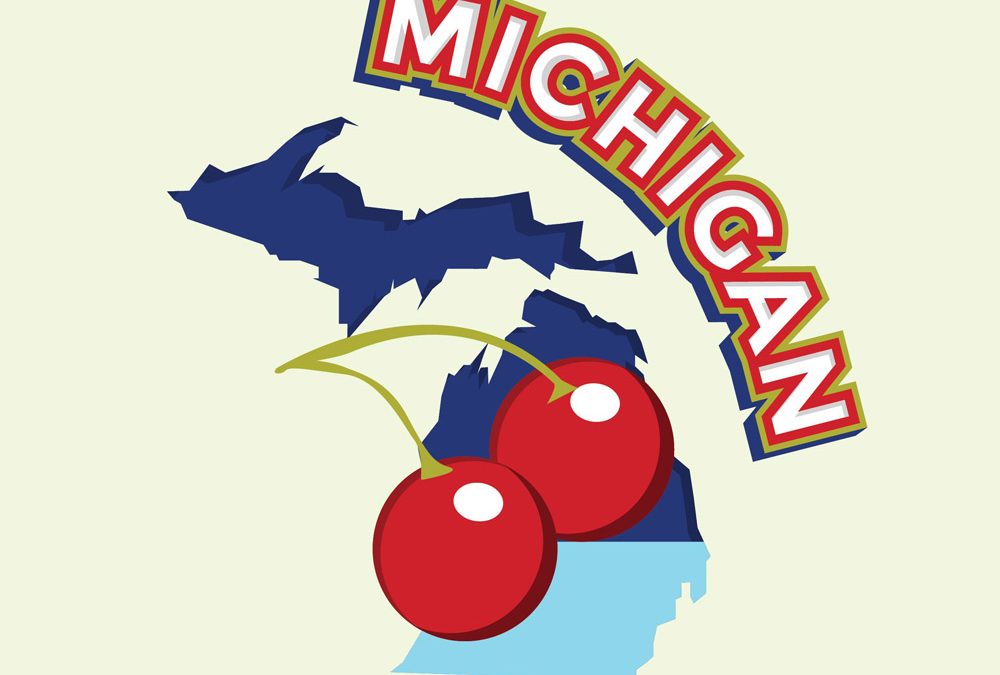 What comes to mind when you think about the State of Michigan? Detroit, perhaps? That tops pretty much everybody’s list. Motown is the metonym (a word, name, or expression used as a substitute) for the city of Detroit—claimed by both the American automobile industry and a large portion of the country’s music industry.

But, would you associate Michigan with lighthouses? The state boasts nearly 150 of them, more than any other state in the country. How did Michigan beat out any of the coastal states to make that boast? Ah, get out your map. Michigan and its relationship with large bodies of water will surprise you. For example:

There are more water-related facts about Michigan, but those four give you a good reason why the state is the lighthouse capital of the country.

A Cherry On Top

Michigan is a state that can be proud of many great accomplishments besides Motown and lighthouses. The state, for example, produces about 70% of the sour cherries in the country (as opposed to Washington state, which is the leading producer of sweet cherries). Traverse City, Michigan has taken on the self-proclaimed title of “Cherry Capital of the World,” after it made the world’s largest cherry pie.

For all it boasts, there’s no escaping the fact that the areas of the state in close proximity to those four Great Lakes experience some nasty winter months. What’s known as the “Lake Effect” produces large amounts of snow.

Buildings in these areas must contend with excessive snow loads on roofs. It’s one of the primary reasons why Michigan property owners turn to Miracle Truss® for solutions when they’re looking to put up pre-fabricated metal buildings.

The strength of our steel clear span truss design meets or exceeds excessive snow loads. Miracle Truss® engineered buildings also feature steel for strength and wood for flexibility. It allows you to make easy modifications. The edge-mounted wood studs on 24-inch centers are perfect for effective batt-style or spray-on insulation methods. Your new cabin, garage or workshop—or any other style of DIY metal building doesn’t end up feeling like a deep freezer during those cold Michigan winter months – quite the opposite!

Our steel siding selections come in a variety of colors, so your new building doesn’t look like a giant eyesore. We can help you create just about any type of building, but it’s unlikely that we’ll be contributing to the impressive collection of lighthouses. That said, we can help you reach for the sky with a cupola and weather vane!

Fill out this form and we’ll send you more information.