Where Did The Cupola Come From, And Why Did It End Up With A Rooster On Top? 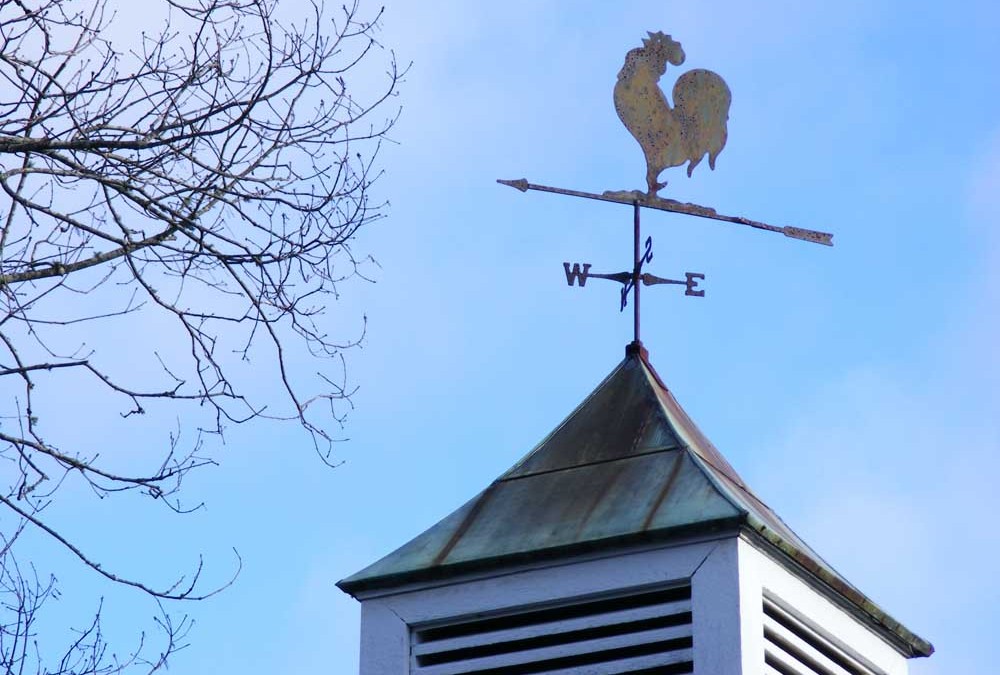 You’ve seen them as you drive by a barn or decorative outdoor building. It’s that dome-like structure sitting on top of the roof. What’s it doing up there? Is it doing anything at all?
The truth is that today, it’s doing nothing more than offering some aesthetic flair – in most cases. But, it didn’t always used to be that way.

We have Italy to thank for the cupola. During the Renaissance, they reached back and snagged what the ancient Romans called the oculus. The Romans put these small lookouts on top of large structures to admit light and air. It was also usually big enough to look out and have a view of the surrounding area if you just happened to find yourself at the top of the roof or dome of the building.

The structure’s name is derived from the Latin word cupula, which means “small cup.” The Roman oculus versions lacked had sloped roofs—or much of any kind of weatherproofing at all. So, it made them more of a place for weather to make its way in than anything else.

The upgrade of a sloping roof to keep out the rain made them more useful, both for ventilation and for taking a gander outside from the high vantage point.

In public buildings, they also serve as a belfry. It’s not so common anymore, but cupolas often were used as roof lanterns, guiding people in from the dark. We can assume electric streetlights had a hand in removing this responsibility from the cupola.

Today, we see cupolas on barns, sheds, and garages. They’re not doing anything up there but adding value and charm—but what’s wrong with that? And they’re now also often the resting place of a weather vane.

Now that we know the history of the cupola, let’s find out how the rooster and the weather vane ended up on top of so many.

The first thing you should know is that “vane” is an Old English word meaning flag. We know which way the wind is blowing by looking at a flag. How did the flag become a rooster, and what does the rooster have to do with which way the wind blows?

Now you know why we have cupolas and weather vanes on top of barns, sheds, and garages. Would you have guessed? If you’re wondering why we took you down this architectural rabbit hole—or up to the rooster’s perch—it’s because we want to remind you that Miracle Truss buildings are made to be personalized. All of it. From the walls to the roof.

You can add architectural details to your roof, such as overhangs, skylights, and ridge bents. Fill out this form and tell us what you want to build. We’ll help you with everything, all the way down to the finishing details like cupolas and