The Historical Significance Of Bees For Iowa 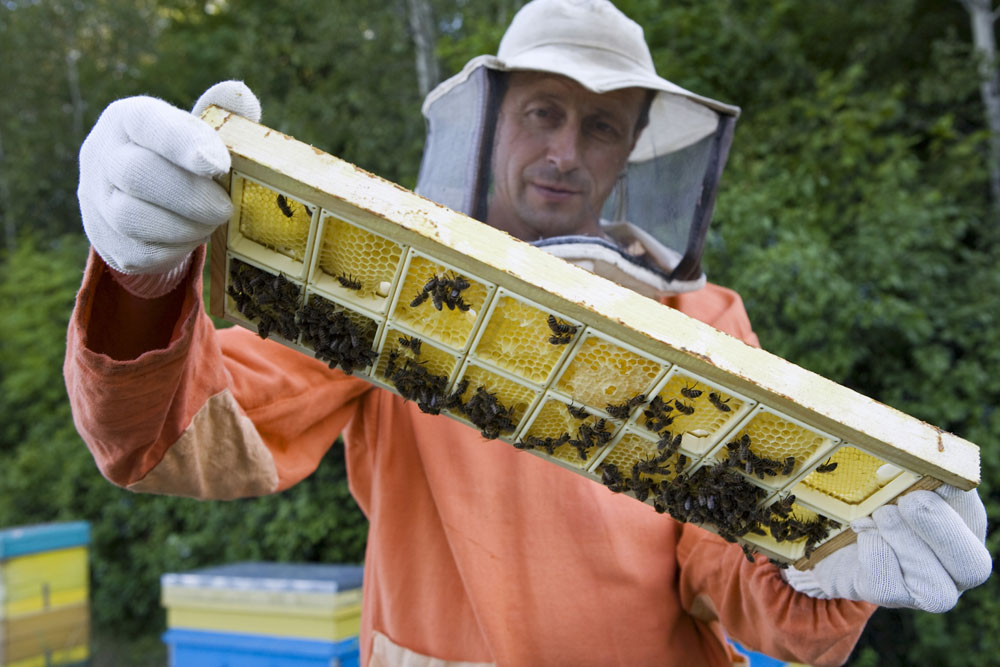 Respecting boundaries has always been important to Iowa. The state nearly went to war with neighboring Missouri in the 1830s because a surveyor mistakenly marked a boundary line 4 miles further north than it should have been. A Missouri tax collector was arrested by an Iowan sheriff. It escalated from there. Governors threatened combat. Troops amassed at the disputed border.Well, that’s one way to make sure others respect your property borders. Iowa is the only state in the country with eastern and western borders formed entirely by rivers.

Fortunately, what history remembers now as “The Honey War” was averted when the federal government stepped in…and literally drew the line. The “almost war” between Iowa and Missouri was named so because the only casualty was a copse of trees that were home to a large number of honeybees.

Their Friend, The Wind

They’ve left that checkered past behind them. Today, Iowa is not afraid to embrace the future. For them, that future includes renewable energy. More than a quarter of the state’s electricity is created by more than 3,200 wind turbines.

For now, Iowa holds the distinction of having the highest concentration of wind turbines in the country. They hope to have increased the percentage of electricity generated that way to 40% by the end of this decade.

Iowa is the largest producer of pork in the United States. The statistics are a few years old now, but at last check, the state’s hog population was over 21 million animals, while the human population hovered slightly above 3 million.

And, while you can start cracking the bacon jokes—note also that Iowa also is the largest producer of corn and eggs in the country. Much of that corn goes to feed the bacon—er, we mean hogs. Remember that affinity for alternate energy? Iowa keeps it up by also being the country’s largest producer of ethanol—a byproduct of corn.

With so much of Iowa’s land and resources devoted to agriculture and livestock, it’s not surprising that a growing number of farmers are seeking out our DIY steel building kits for agricultural use. The clear span web steel truss DIY building kits are pre-assembled and tested in our factory before we deliver them to your property. They arrive in four bolt-together pieces that create clear span designs which give you the space that the flat ceilings and low-hanging rafters of other prefabricated buildings throw in your lap.

You don’t hear people complain too much about Iowa weather—but the state gets its fair share of snow in the winter, as well as wind and tornadoes in the spring. Miracle Truss® designs its buildings to meet or exceed snow and wind loads. You’ll even get an engineered stamp on your drawings to confirm it.

Whether it’s a hog or poultry farm, or you’re part of the huge corn industry, and whether you are a Hawkeye’s fan or a Cyclone fan, we’ve got a DYI building kit that’ll work perfectly on your property. We even have a few specials that might interest you. We’d love to send you more information. Just fill out this form.